What Are The Differences In These Positions: QA, QE, and SDET?

What Are The Differences In These Positions: QA, QE, and SDET?

The world of software development is a mysterious one. It can be difficult to understand your role in the grand scheme of things, especially if you’re starting this journey.

Understanding the different roles within QA (Quality Assurance), QE (Quality Engineering), and SDET (Software Development Engineer in Test) will help you figure out how your role fits into the big picture. This article breaks down each role to better understand where you fit in! 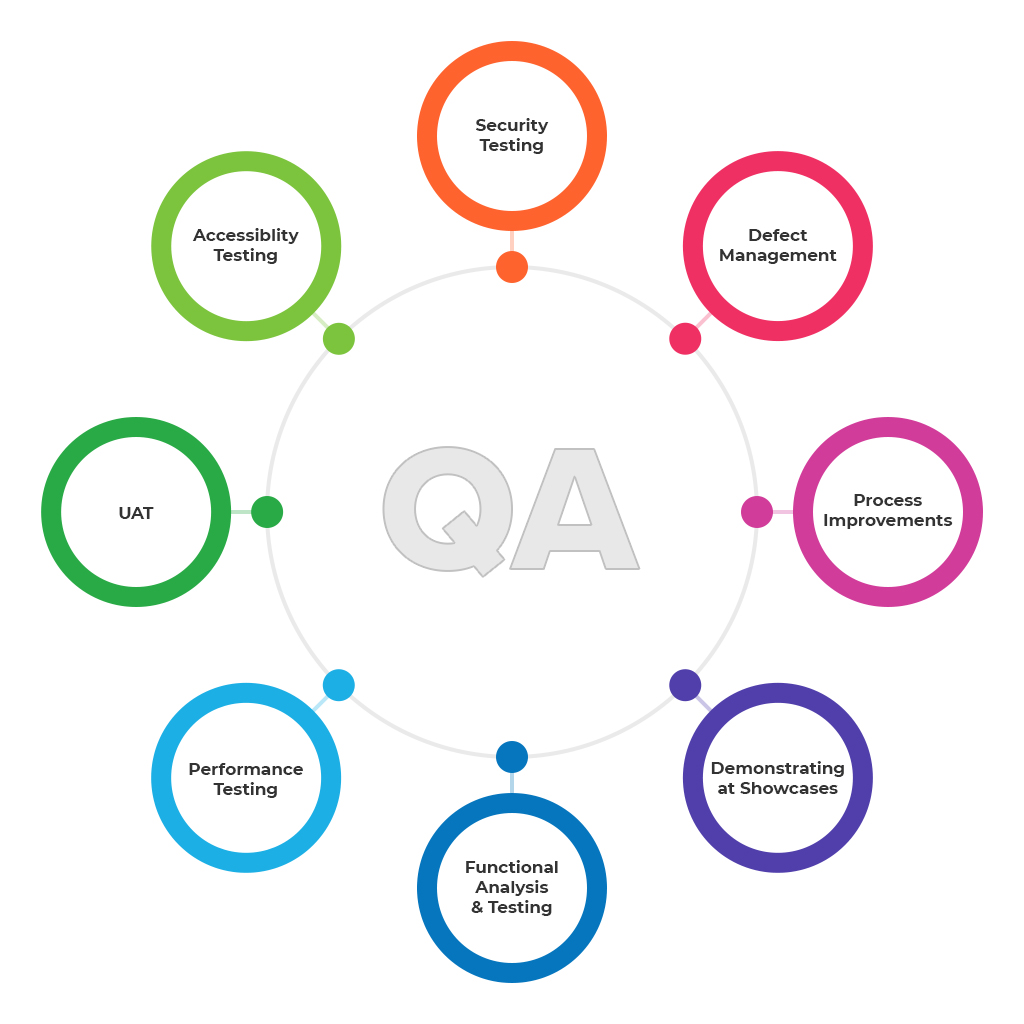 QA, or quality assurance, is a role in software development. QA is responsible for ensuring the quality of a piece of software or system by testing it to see if it meets specified requirements.

QAs ensure that what works now will still work in the future and that there are no bugs or errors in any part of a system. They’ll test each feature separately before moving on to another to ensure there aren’t any issues with how they interact.

QEs (quality engineers) help define standards and processes for ensuring proper methods are used when creating software products or services. They also develop strategies for improving these processes over time, so they’re constantly working towards better quality results within their organizations and across industries at large. 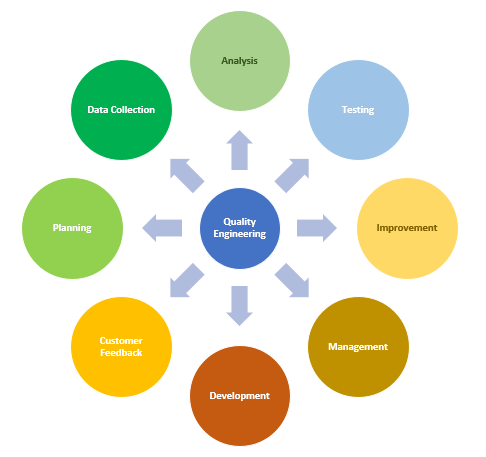 As you might have guessed, QE (Quality Engineer) is a role that requires a deep understanding of the product, the features, and how they work.

As a QE, you will be responsible for testing the product to ensure it works as designed. QE is responsible for developing and maintaining test plans, cases, and scripts. 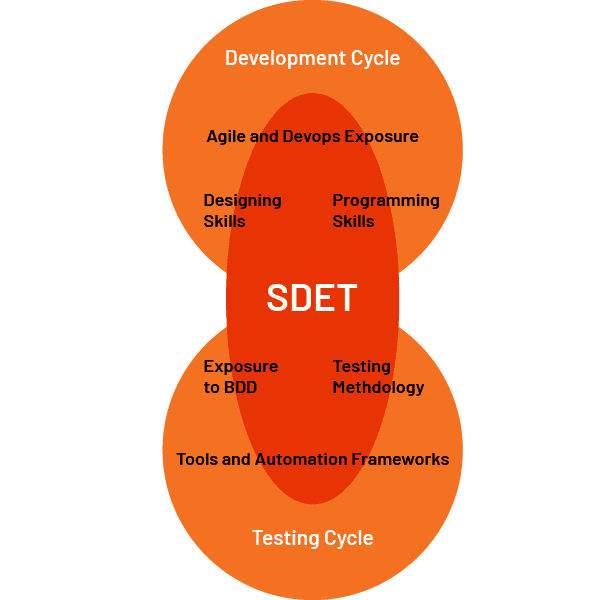 SDETs are software development engineers responsible for testing and validating software before it goes out to customers. SDETs usually have a computer science or software engineering background but may also have a degree in mathematics, physics, or another technical field.

Before a product is released to customers, SDETs perform quality assurance (QA) and validation activities. These activities include designing test plans and writing test cases to identify all possible issues before the product’s release.

As part of their responsibilities as QA engineers and testers, they also develop tools to help them perform their work more efficiently; this includes automated testing tools that can run through thousands of scenarios without human intervention.

QA vs. QE vs. SDET In The Industry

Let’s look at the main differences between the three.

QA – QA is usually an entry-level position and is focused on testing. You’ll write test cases, conduct exploratory testing, and create automated tests with tools like Selenium or Appium. If you’re applying for a QA role at a software company, your background will likely be in computer science or programming (though this isn’t always the case).

QE – This intermediate-level role focuses on testing and some development tasks. You’ll likely have some experience developing automated scripts or unit tests before getting into this role; however, many companies hire people with little to no technical background for QEs because they want someone who can think outside of the box and submit creative solutions to problems they are facing across their product lines.

To get into this position, though, you might need some experience working in labs or other similar positions because most employers don’t want someone fresh out of college unless they feel like there is something special about them that makes them worth investing time into training them (for example if they have another skill set outside of just being able to write code)

SDET – The senior engineer developer tier (or SDET) falls somewhere between SDE II and III roles depending on industry specifics, such as when titles were last updated by companies within those industries or companies’ internal standards used to define levels within each category

Difference Between QA And SDET

You may ask yourself, what is the difference between QA and SDET?

First, let’s look at their roles in the testing phase. QAs are responsible for writing test cases, executing those tests on the product, and recording results. They also monitor test coverage and perform manual exploratory testing as needed.

SDETs have more experience with the product than QAs do—they’re usually more senior—and they’re involved in agile development processes like pair programming or mobbing (when multiple developers work together on a piece of code).

The relationship between these two positions can be thought of as “QA is to SDET as the junior developer is to senior developer.”

In addition to their responsibilities during the testing phases of development cycles, both positions play important roles throughout all stages of software development lifecycles: idea gathering through deployment into production environments.

If you’re a freshie to the field or want to learn more about the different roles available in software testing, getting a feel for each position cannot be easy.

One way to do this is by looking at how professionals describe their positions on LinkedIn (a great resource for job seekers and recruiters).

Here are some examples:

Knowing when to use what in these roles is critical for success.

It’s critical to know the differences between these roles. Not only does it keep you from looking foolish in front of your team, but knowing when to use what in these roles is critical for success.

QA and QE aren’t interchangeable (and neither are SDETs). A software developer who has worked on testing isn’t necessarily a QA engineer and vice versa. And while they may have similar responsibilities, important differences still define each role in its own right, concerning skillset or job function.

In conclusion, it’s important to know the difference between these roles. QA and QE require a strong technical background and understanding of writing good test cases.

They are also similar in that they are both focused on testing software applications or projects at various stages of development. The basic difference between them is that QA testing is done by an “outsider” who works for an organization other than the developer or client (i.e., a third-party tester).

In contrast, QE testing is done from within the company (i.e., internal). On the other hand, SDETs typically have less experience with actual coding than QAs/QEs do because they spend more time with wireframes and diagrams than actually writing code, but this doesn’t mean they’re less capable since their design skills can be just as strong if not stronger than those of programmers.