Key Differences And Similarities Between Java And C#

Key Differences And Similarities Between Java And C#

Java and C# are similar in many ways. They share a common ancestry, having been developed by the same team of programmers at Microsoft and Sun Microsystems. Both languages were primarily designed for object-oriented programming languages; they target the Microsoft Common Language Infrastructure (CLI) specification known as JVM (Java Virtual Machine).

C# has gained substantial popularity, while Java is still this category’s most widely used language. This is due to several reasons, such as C #’s simplicity in writing code and its cross-platform capabilities compared to Java’s lack thereof. However, some argue that C# doesn’t allow as much flexibility or power as Java.

What Are Java and C#? 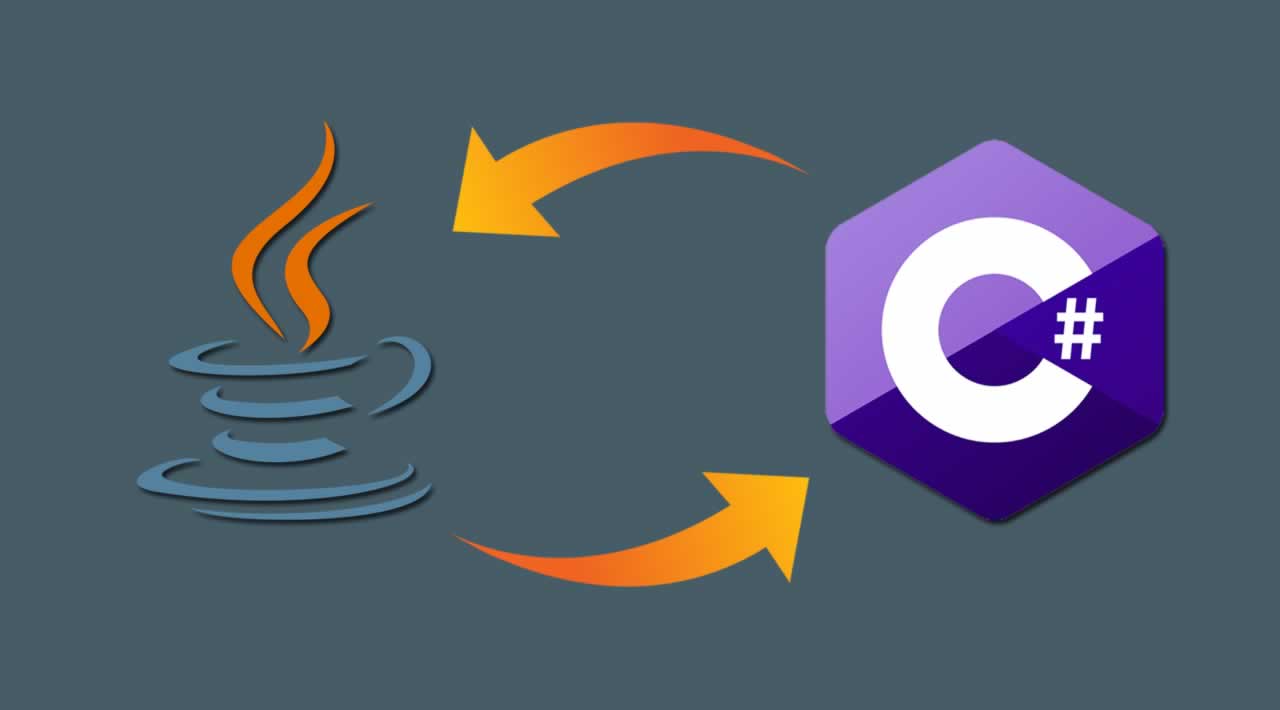 Over time, Java has grown into a full-fledged programming language that can be used to create any application or operating system.

C# is a general-purpose language that is most often used for creating Windows applications. 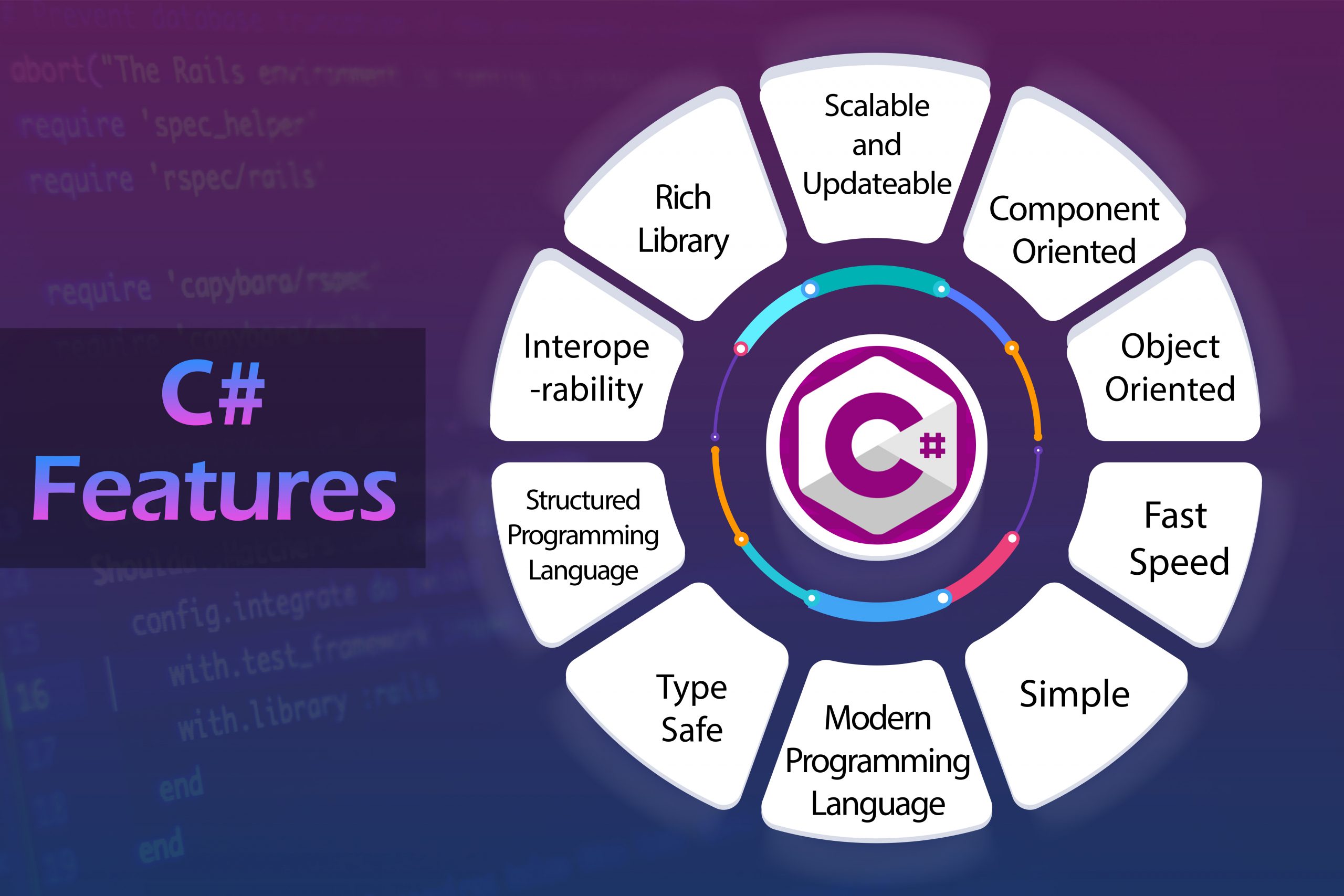 It is an open-source language like Java & Python and can be used to develop software for multiple platforms such as Windows, Linux, Mac OS X, and many others.

C# is a multi-paradigm language. It allows you to use the paradigm that suits the problem at hand. For example, you can use synchronous and asynchronous programming models if you need to deal with concurrency and parallelism.

Suppose you have a few code lines requiring complex calculations like mathematical operations or trigonometric functions. In that case, C# helps by allowing implicit type conversions between numeric types (float and double) and integral types (int).

This saves time as there is no need for explicit type conversion in your codebase.

However, there are also some disadvantages of C#. 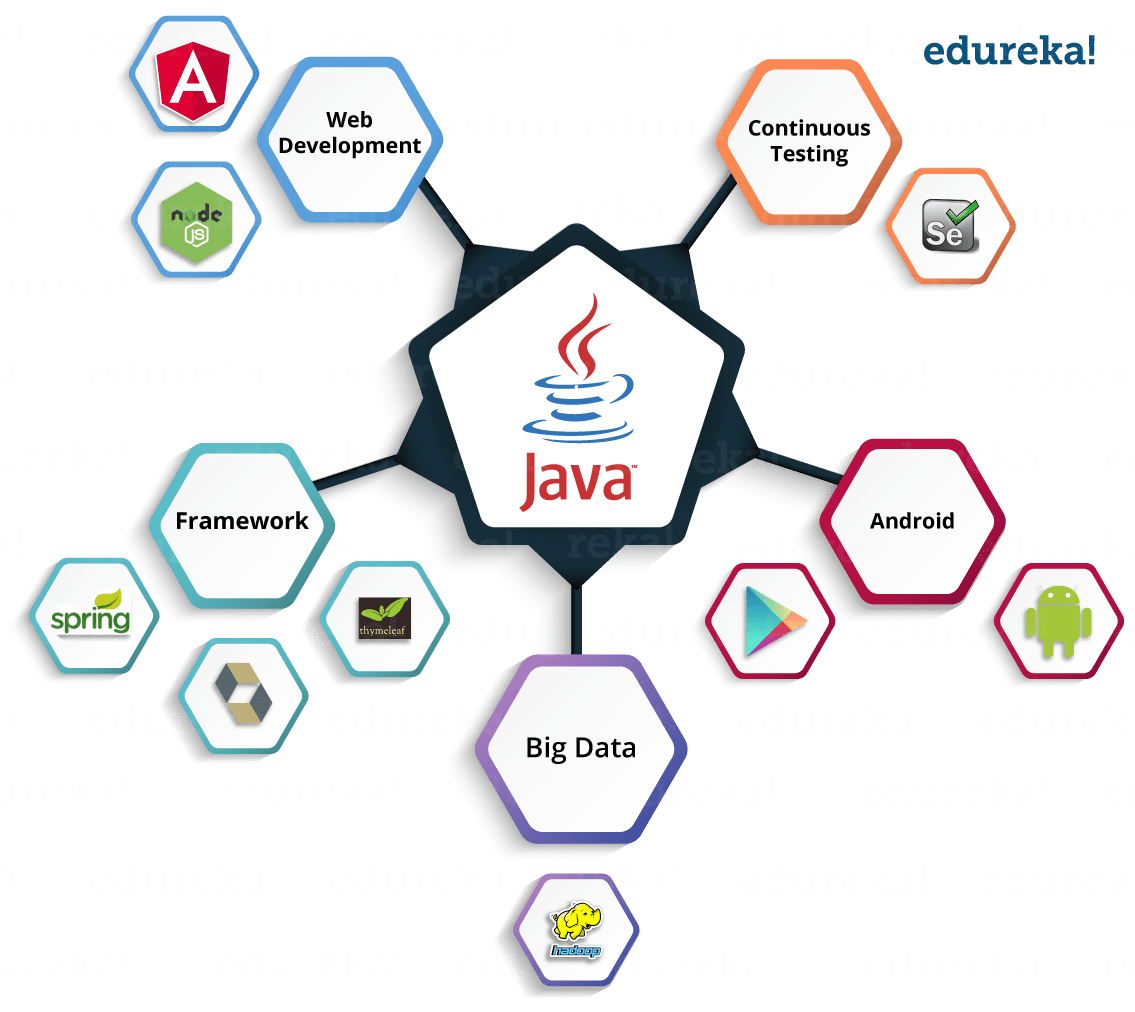 Java is a programming language and computing platform first released by Sun Microsystems in 1995. Java is object-oriented, class-based, and specifically designed to have as few implementation dependencies as possible.

The key features of Java are:

It provides an environment for creating applications that may run on any hardware or operating system with no change in the source code.

Compiled programs can be executed from any machine with a Java runtime environment. This makes it platform independent.

Java is not a good language for microservices. There’s no support for dynamic typing, so you have to use either annotations or XML—which means more work and more opportunities for errors. Java also lacks built-in support for asynchronous programming.

If your application needs to do something asynchronous (like call an API), you have to write it yourself using third-party libraries like RxJava or CallbackHandler; this can make your code more complex and harder to read than it needs to be.

Java has also been criticized as being lengthy and slow compared with other languages like C# or JavaScript. While this may be true at first blush, given the number of lines in an average Java file compared with those written in C# or JavaScript, powerful tools can reduce this issue considerably (such as Eclipse).

Differences Between Java and C# Languages

This process is not necessary in the case of Java since its bytecode file (.class) contains all information needed by JVM (or Android Dalvik VM)

One of the most important differences between Java and C# is performance.

If you are working on a project where performance is critical, then you should go for C# rather than Java. This was also true for many years, but with new versions of Java, it has become much faster but still slower than C#.

This means that if you have an object with many variables or structure objects like linked lists or arrays, these may consume more space in Java than in C#. So if your application needs to store a large amount of data at one point, this could become an issue for Java applications and not so much for c# applications.

The syntax of Java and C# languages is slightly different. Firstly, C# is case-sensitive, whereas Java is not. This means that public, private and static identifiers are case sensitive in C# while not in Java. Another notable difference between the two languages is that semicolons are mandatory at the end of each statement in C# but not required in Java.

Another difference between these two languages lies in their type system: one has a strict typing system while the other does not have it.

C# and Java are platform-independent languages, meaning they can run on any operating system without issues. This makes them more versatile than other programming languages that don’t have this ability (such as Python).

Java and C# are object-oriented languages because they use objects to store data in memory and manipulate it using functions or methods.

The two languages are different in terms of security. C# is more secure than Java. It has a strong type system, and it doesn’t allow the usage of dynamic typing in all places like Java does, making it more secure.

C# has a static type system and is a statically typed language, while Java has a dynamic typing system with no provision for static types.

C# is faster than Java because of the static type system, garbage collector, memory management, and runtime.

The static type system enables C# to perform many optimizations that Java can’t do by its dynamic nature.

Garbage collector optimization has improved both languages and still serves as a major performance boost for C#.

The Java and C# languages are similar in many ways, but they also have some differences. For example, the main difference between Java and C# is that Java is used for developing applications that run on the JVM (Java Virtual Machine).

In contrast, C # is used for developing applications that run on the CLR (Common Language Runtime). One reason you might choose one over another is if you’re familiar with certain features of either language or platform.

C# is a superset of Java, meaning that C# supports all of Java’s features plus some additional ones. If you know how to use one language or platform well enough, learning about its counterpart should be relatively straightforward.

Java is much easier to install and use than C#. You click on the file (.exe) when installing Java, and it will start the installation process. The user only has to accept some terms and conditions, and that’s all.

The installation of C# is not as easy as it should be. First, the user needs to download the installer from Microsoft’s website; then, they have to find the path where they want their program installed; after that, they have to wait for a long time until everything gets installed on their computer (sometimes even hours!).

It can be very frustrating for new users who want something straightforward – this is not what they would expect from such an advanced language like C#!

One of the most fundamental differences between C# and Java is how they handle pointers.

In Java, pointers are not used to pass arguments to methods; rather, passing an object reference is enough for the method to be able to manipulate it. Also, there aren’t any built-in pointer types in Java. The only things resembling pointers are arrays and strings, which have very limited use cases (such as passing arrays as a parameter).

On the other hand, in C#, many different pointer syntaxes allow you to pass values from one method into another or get back return values from a function call into your application code—even though none of these syntaxes correspond directly with what happens behind the scenes.

The runtime differences between Java and C# are very important. They are the core of how these languages work. When considering runtimes, there are two things to look at: compilation and interpretation and virtual machines (VMs).

If you have a program in Java, it gets compiled into bytecode which the JVM interprets.

This means that every time your code runs, it has to be recompiled into bytecode every single time before execution even begins (in contrast to C# programs which aren’t compiled until they’re executed). In other words, Java’s compilation step happens at runtime rather than during build time, as with C# programs.

If this seems like a lot more overhead for your app to go through so it can run correctly, well. Yes! But don’t worry too much; most modern VMs will cache their compiled versions so that subsequent iterations only need minor recompilation instead of full-on recompilation each time you execute your codebase.

Major similarities of Java and C#

The major similarities between Java and C# are as follows:

In terms of transition, both Java and C# have a smooth transition from one language to another. If you know Java well, it will not take much time or effort to learn C#. The same is true for the reverse.

Therefore, these languages can be considered similar in this regard. However, other factors can affect the ease of learning either of these two programming languages.

Java is a popular programming language because it’s easy to read and understand.

C# also has very good readability because of its simple syntax and provides many features that increase code readability, such as IntelliSense and auto-complete features.

Type casting is converting a variable from one type to another. For example, you can convert an integer to a boolean value using the boolean keyword in Java. In C#, you can use Convert.ToBoolean(some integer value) method to convert integers into booleans.

When we talk about typecasting, we are talking about explicit or implicit conversions only, not conversions done by the compiler automatically (like converting strings back into integers).

Garbage collection is a memory management technique in which the computer automatically re-allocates and frees up unused memory in a program.

Garbage collection is an important feature of many programming languages, including Java and C#.

This seems like an obvious point—redundant text is redundant!

In programming, safety is a property of programs that prevents or minimizes the occurrence of errors. Safety is a design goal of programming languages and software engineering. It is achieved by testing, debugging, and validation.

The acronym NASA-TLX refers to a methodology for measuring the degree to which software is usable based on its level of safety.

C# and Java are object-oriented programming (OOP) languages, which means they are designed to support the creation of classes and objects. However, there is one key difference in inheritance between these two languages: Java supports single inheritance while C# does not.

What does this mean?

Single inheritance means a class can only inherit from one other class to be considered an “inherited” class.

For example, if you have a class called Dog and you want another dog-related object called GermanShepherdDog, you would need some code somewhere in Dog that says “I am also a GermanShepherdDog” so that all dogs can inherit everything they need from their parent classes without having any duplicate code or breaking anything else along the way.

A class can implement any number of interfaces, and a client is not required to know how the methods are implemented to use them. Interfaces are used to define a contract between the class and its clients:

The most important similarity is the syntax, which makes it easy to transition from one language to another. Other similarities include type casting and garbage collection, both important features of programming languages today.

The biggest differences between these two languages are security, speed, and usage. C# has more security options than Java; however, Java tends to run faster than C# due to its optimizations specifically for that purpose.

Finally, while both languages can be used on all major operating systems (Windows/Linux/OS X), only C# supports Windows Phone/Xbox/Kinect development