Java Training And Placement For Beginners In Dallas Tx

Java Training And Placement For Beginners In Dallas Tx

In this blog, we will take you through the advantages of learning Java. We will also discuss the roles and responsibilities of a Java programmer. At last, we have the best suggestion for Java training and placement for beginners in Dallas. If you are interested to know the details, read the blog till the end.

Java is everywhere, in laptops, scientific supercomputers, gaming consoles, mobile phones, etc. It’s been quoted that there are 9 million Java developers in the world. This lets you know the demand for Java and its evolution in software development in the future.

JAVA was developed by James Gosling at Sun Microsystems Inc in the year 1991, later acquired by Oracle Corporation. It is a simple programming language. Java makes writing, compiling, and debugging programming easy. It helps to create reusable code and modular programs.

Java is a class-based, object-oriented programming language and is designed to have as few implementation dependencies as possible. A general-purpose programming language made for developers to write once run anywhere that is compiled Java code can run on all platforms that support Java. Java applications are compiled to byte code that can run on any Java Virtual Machine. The syntax of Java is similar to C/C++.

Java is a MUST for students and working professionals to become great Software Engineers especially when they are working in the software development domain. Here we have a list of key advantages of learning Java Programming:

In Java, everything is an object. Java can be easily extended since it is based on the Object model.

Unlike many other programming languages including C and C++, when Java is compiled, it is not compiled into the platform-specific machine, but rather into platform-independent bytecode. This byte code is distributed over the web and interpreted by the Virtual Machine (JVM) on whichever platform it is being run on.

Java is designed to be easy to learn. If you understand the basic concept of OOP Java, it would be easy to master.

With Java’s secure feature it enables the development of virus-free, tamper-free systems. Authentication techniques are based on public-key encryption.

Java compiler generates an architecture-neutral object file format, which makes the compiled code executable on many processors, with the presence of a Java runtime system.

Being architecture-neutral and having no implementation-dependent aspects of the specification makes Java portable. Compilers in Java are written in ANSI C with a clean portability boundary, which is a POSIX subset.

Java supports multithreading. It is a Java feature that allows concurrent execution of two or more parts of a program for maximum utilization of the CPU.

Java architecture is defined in such a way that it reduces overhead during the runtime and at some time java uses the Just-In-Time (JIT) compiler where the compiler compiles code on-demand basics where it only compiles those methods that are called making applications execute faster. 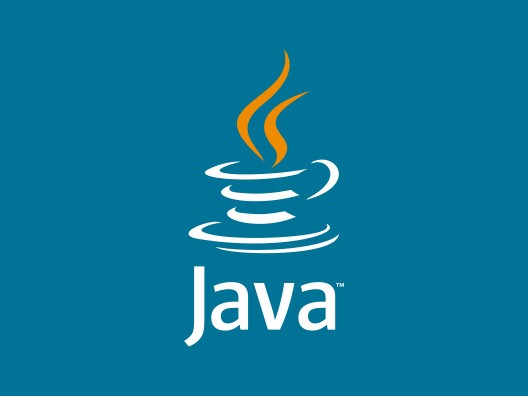 Java is everywhere. From android applications and web server tools to enterprise software, Java has in a way, formed the backbone of the internet revolution. Some major applications of Java include:

Java has been the go-to language for years in this field. Although it might not be of much use in IOS development, it is beneficial when working with android studio.

Java has often been used on the server-side or the backend of a web application.

Getting into web development, every developer must know the basics of HTML, CSS, and APIs.

These applications are used to organize and model business processes for organizations. The main tool used in the development of enterprise software using Java is Java EE or Java Platform, Enterprise Edition.

Did you know that the original version of Minecraft is written in Java? Other legendary games like Revenge of the Titans and Spiral Knights are also developed in Java.

Java is an excellent choice for building games as it helps to build a cross-platform version of the game without extra development costs. Java is also the first choice to build 2D games on Android. With the rising demands in gaming, there are excellent Java career opportunities.

Java is the favorite choice for developers when building applications designed to carry out scientific calculations and many mathematical operations. This is mainly because applications built with Java have fast computing and processing speeds. The UI of the commonly used computing environment, MATLAB, is written in Java.

After knowing learning the basics of Java, you must be curious about its career opportunities. Well, we are here with good news. Learning Java can lead you to many career paths. You can apply for the following positions after taking Java training for beginners:

A junior developer position is where everyone will start. This is the lowest position for a software engineer. A person in this position will be responsible to write, analyze, testing, and debugging code. Generally, they are part of teams that have mentors and leaders to whom they have to report.

At this stage, the developer must focus on getting familiar with the industry practices as generally, it is their first job. One must also focus on developing new skills to get better at their craft and thus either switch to a better company or have a better position in the same company. This is one of the good Java career opportunities.

A java architect is responsible for designing and developing the layout of the application. They categorize the different logic layers that further help in the separation of concerns among the team members working on the project as you have seen in the image above.

The architect is expected to come up with the best technologies that are well-suited for the software to be built and ensure that they are all compatible with each other.

Other than these, you will also find field-specific job postings that require the programmer to be efficient in a particular set of things. These are generally posted by large companies who don’t need a Java programmer who can do many things but a programmer skilled in a particular area, generally for optimization or enhancement of an existing product. These include jobs like:

This is usually a backend position, and the person is responsible for deploying and maintaining server-side code. With the growing culture of cloud-based systems, it is helpful if you know the basics of cloud computing and has experience in using code in the cloud.

The developer is responsible for building or adding features to android applications. This is the most common job posting that you will see out there and is also a wanted position in several startups.

Since every company and service now has a mobile app, the market for these jobs will not dry up anytime soon.

These developers are given the job of building and maintaining enterprise software. They are generally posted by big companies and look for a developer with some industry experience.

A few Java programmer roles and responsibilities regardless of the experience level are:

Adding comments to your code about the method and algorithm used is an extremely good practice. As it not only helps the other developers to use your method without discussing it in person but also helps you to review and understand the code in times of change.

It is always a best practice to use patterns wherever possible. Using patterns not only helps to create better code but also makes the development process easy for better understanding and easy future maintenance.

4. Use Of The Latest API

It is always recommended to use the latest API classes, interfaces, and methods. Using the latest APIs helps to avoid depreciation issues, without being forced to use any extra methods for that.

5. Be A Java Certified Developer

Being a Java-certified developer adds extra sugar. Having the Oracle Java Certifications, which are the most recognized in the IT industry helps you add more value to your profile as a Java Developer.

How To Learn Java?

We provide step-by-step Java training and examples. Get started with Java.

The only way you can learn programming is by writing a lot of code.

Best Java Training And Placement For Beginners In Dallas Tx

Wolf Careers Inc. offers training and placement services to many candidates in Dallas Tx. Our sessions are very interactive. Our team of industry-experienced experts and instructors provides exceptional training. You will learn the best practices of the industry along with advanced topics. We love to share knowledge with you.

Through our training, we will guide you about tools access, and technology. It will help in improving your technical standards. You will also engage in workshops, group discussions, and practice lessons.

We designed the opportunity of Java training and placement in Dallas Tx to offer knowledge, skills, and related tools and techniques. If you want to be a change-maker, you will need these things for sure.

In this Java training for beginners, you’ll learn Java programming basics such as:

In this Java basics for beginners guide, you’ll also learn advanced concepts like:

This Java training is designed for beginners with little or no Java coding experience. So stop worrying about the prerequisites and start learning Java. You only need a little understanding of computer sciences to get started with this training. Enroll today for the best Java training program leading to guaranteed placement in Dallas Tx.