What Is The Difference Between Site Reliability Engineering And DevOps?

What Is The Difference Between Site Reliability Engineering And DevOps?

It is essential to constantly introduce updates to software or products in today’s dynamic market. Otherwise, it will become difficult to cope with the changing consumer wants and needs. Therefore, operational practices like site reliability engineering and DevOps have become common in enterprises. Both practices ensure to deliver high-quality software continuously. In this article we will discuss What Is The Difference Between Site Reliability Engineering And DevOps?

Though both aim to deliver functioning and up-to-date software, they have a striking contrast. Before laying out the differences between site reliability engineer and DevOps, let me tell you what SRE and DevOps is. 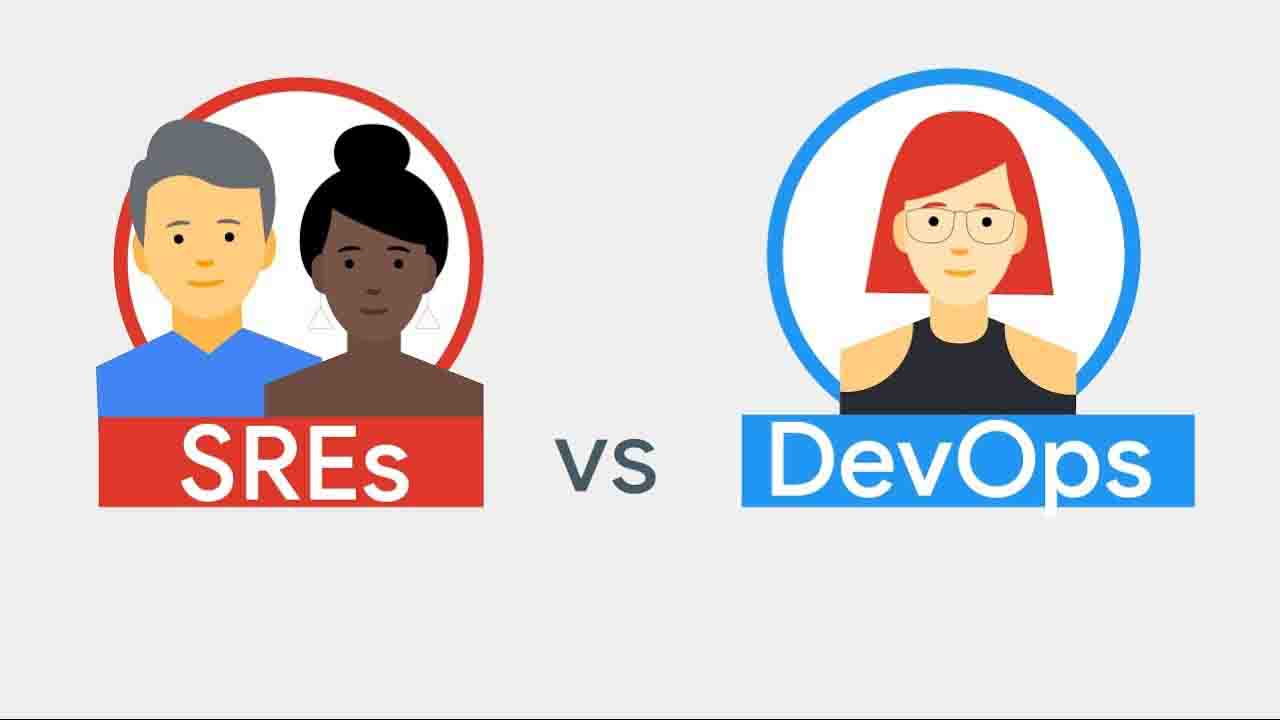 So, SRE is a software engineering approach that allows site reliability engineers to use the software to manage systems, solve problems, and automate repetitive tasks. It takes over what the operations team had done manually. Then, it uses software and automation to solve the problem and pass it on to the DevOps team that manages the production system.

Thus, SRE is a valuable technique for creating scalable and reliable software systems. This helps system administrators who manage thousands or hundreds of thousands of machines manage large systems through more scalable and sustainable code.

Responsibilities of a Site Reliability Engineer:

The term DevOps combines two words: Software Development and Operation. It is a set of practices that brings software development and operation teams together to develop software.

The goal of DevOps is to combine the day-to-day tasks of integrating development, quality control, deployment, and software development into one continuous series of processes.

It allows enterprises to create and improve their products faster than traditional software development approaches. And it is rapidly gaining popularity.

Responsibilities of a DevOps Engineer

SRE and DevOps both approaches have found a balance between two poles and complement each other well. However, SRE culture prioritizes reliability over the speed of change, while DevOps emphasizes agility at all stages of the product development cycle.

Both the practices reduce the gap between Development and Operations teams. But we can sum up the key difference like this:

The DevOps team is focused on core development, while the SRE team is all about core implementation.

DevOps engineers are working on a product or application. They take an agile approach to software development and help build, test, deploy, and monitor applications with speed, quality, and control.

DevOps and SRE engineers possess different skill sets. DevOps engineers are ones who love to code software. They write code, test it, and put it in production to get a line of applications to solve the problem.

SRE engineers are more exploratory. They analyze the software thoroughly to find out why the problem occurred. Also, they try to eliminate repetitive problems. They are responsible for automating repetitive tasks.

Automation is the key used to reducing the workload. Therefore, automating a few software practices is essential. In this way, you can utilize your energy and time to focus on innovations.

You don’t have to automate everything. But if you’re doing the same task over and over, why not use automation to reduce your workload?

DevOps automates deployment as well as tasks and functions. SRE automates redundancy and manual tasks. Later, it turns them into programmatic tasks to keep running the software.

In a nutshell, DevOps focus is shifted more on a cultural and philosophical side, while SRE is more pragmatic and practical. However, they can still be referred to as two sides of the same coin as they complement each other well, just like how SRE tools and techniques complement DevOps philosophies and practices.

To learn more about DevOps and SRE, sign up on Wolfcareers. Inc.