C# or C Sharp is a programming language developed by Anders Hjelsberg. It was initially known as ‘Cool’ which later got renamed as C Sharp. C Sharp is a high-level object-oriented program like C++, that is built over C. C# has C as its backbone. Owned by Microsoft, C# was introduced along with .Net and visual studio.

The C# compilers expect a minimum and specific set of class libraries for its functioning. Class libraries that are built over the .Net framework give additional functionality.

Data professionals write applications on C# with .Net for cross-platform development. The ecosystem consists of:

Use Of C# Programming

We can use C# as a programming language in several ways, such as:

As a programming language, C# is winning the stage. Many benefits of C sharp motivate you to learn it. To mention a few, here is a list.

For applying functions to objects, data scientists can define the type of structured data. It helps to break the applications that can be effective to read and test.

C# has syntax similar to human language. Understanding important codes have a high level of abstraction from machine code. Data professionals can use a simple syntax to control data effectively without any possible error.

Here are some common properties of Windows applications. 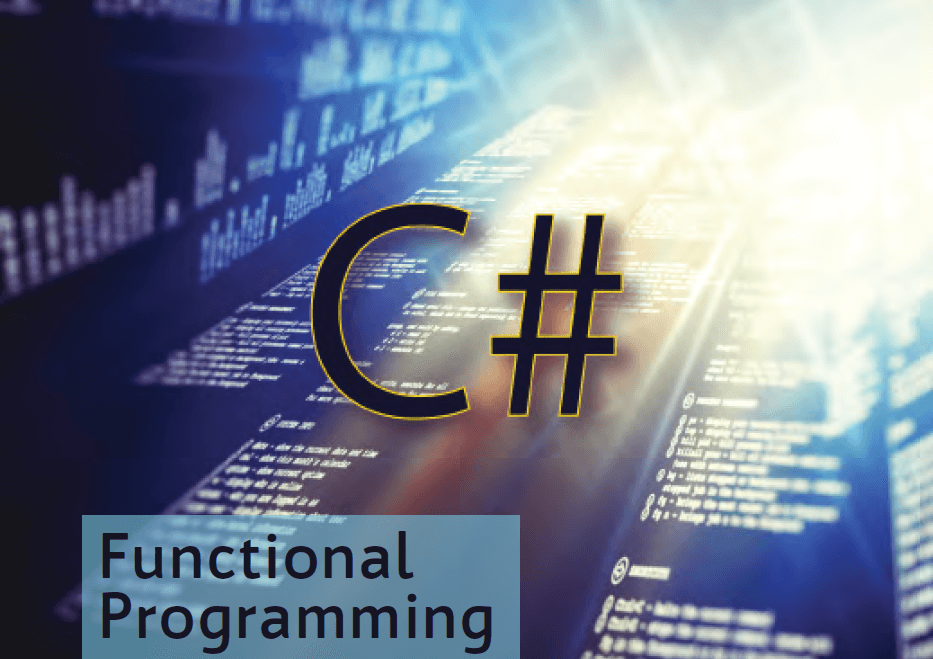 ASP.NET was released on Jan 05, 2002. Since then, ASP.NET has become one of the most popular technologies to build web applications. ASP.NET can be combined with HTML, JavaScript, and other libraries and APIs to build modern web applications

The following are some common properties of Web applications:

The following are examples of Web sites:

ASP.NET MVC is one of the newest frameworks to build ASP.NET Web applications.

Windows Services has been around since the early Windows days. A Windows Service is an executable application that runs on Windows operating systems. A service usually does not have a user interface, performs operations in the background, and does not need any user interaction.

Web Services were introduced to provide remote communication among devices over the Internet. The main purpose of a Web Service is to provide data accessibility and updatability remotely. It is using the internet protocols regardless of:

Physically, a web service is a software application running on a Web Server. It can be called by outside applications using the internet to access and write data.

Visual Studio 2013/2015 with C# provides a complete suite of tools to build cloud-based applications for Windows Azure. Windows Azure is Microsoft’s operating system for cloud computing and hosting. Using Visual Studio, not only can you build Azure solutions but can also deploy and manage them. C# can also be used to work with SQL Azure, the cloud-based version of Microsoft’s SQL Server database server.

The C# language may also be used cross-applications to connect and build enterprise solutions.

Some critical needs of enterprise architecture are connectivity with many types of applications. This helps to transfer data.

No doubt you have found programming languages that offer their own set of advantages. Maybe a few are the same advantages of using C#. There are comparable languages out there that also provide simplicity and other benefits. Why should you choose to learn C# instead of an alternative?

As game development continues to rise, more and more websites are built on the ASP.NET framework. Experts predict there will be no shortage of career opportunities for C# developers. Whether you want to design websites, build desktop applications, or create addicting games. You will not have a difficult time finding the perfect job that lists C# as a requirement for the position.

Have A Bright Future Scope

With a growing interest in learning C# and a foundation rooted deep within the Microsoft platform. The future looks bright for this particular programming language. Because of its popularity, versatility, and existing creations. It is safe to assume that Microsoft will give continual attention to keeping the language up to date and relevant.

It Is A Lovable Language

According to a recent survey, programmers agree that:

C# is among the most loveable programming languages available today—right behind Python. So, if you are sick and tired of dealing with more complicated languages. Or if you are apprehensive about committing to a job in programming. Consider switching paths to focus on C# for a more satisfying process.

If you want to be an expert C# developer, you might be looking for a suitable pathway. The steps involved to become an expert developer may vary according to your interest. But, here we have some common steps that you can follow:

What Will You Learn In C# Language Program For Beginners

Certifications are a great way to get started with a new programming language. Even if you are not familiar with programming, our training will teach you all the important concepts.

Wolf Careers Inc. offers a variety of IT certificate training to its candidates. Among them, C# training is one of the best training recommendations for you. The C# training program is specially designed for beginners. This program helps you to become a well-trained and expert developer. It will polish your skillset for this ever-changing field.

It includes everything you need to know to become a professional developer. This course is designed by industry experts to help you learn to program. The course starts from the basics of software testing and moves towards advanced topics.

Have a look at the following most demanded courses of C# worldwide. These courses are intended to introduce C# training to develop well-documented programs.

Our courses are equipped with case studies on Java versus .Net. It helps to understand what the differences are and when to use. .Net and Java besides hands-on projects to understand things practically.

C# Basics For Beginners In C# And .Net Course Curriculum

To become an expert C# developer and fulfill your dream take a step forward right now! Enroll in any of our C# courses today and get started right away!